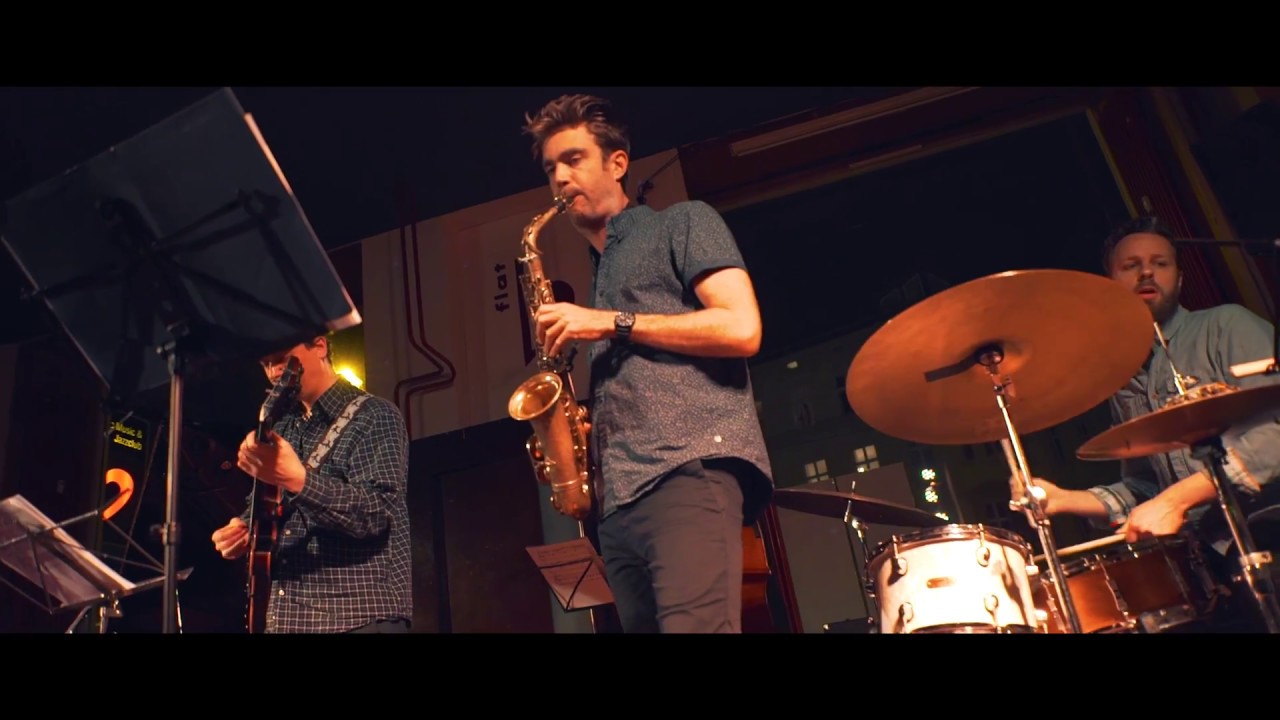 With the great number of projects saxophonist and composer Jeremy Rose involves himself with, one could fairly expect his output to be prolific yet patchy. As one who follows Rose’s trajectory and music, I am still waiting to hear any hint of a lapse in quality and vision.

Rose’s most recent release under his own name – rather than with the Vampires, the Strides, the Earshift Orchestra or any of his many other  collaborations – is Within & Without.

Recorded in Germany and featuring US super-guitarist Kurt Rosenwinkel, the 10-song album holds up Rose’s impeccable standards without at all veering from his unique creative path.

For an album concerned with themes of “opposing forces of attraction and repulsion, joy and anguish, hope and despair, pain and ecstacy” the music is beautifully cohesive and complete.

The players – Rose and Rosenwinkel together with German bassist Andreas Lang and drummer Tobias Backhaus, as well as Rose’s long time piano foil, Australian Jackson Harrison – mesh exqusitiely, almost telepathically at times. Rarely does any soloist seem to rise sharply out of the ensemble or blown sections, the band breathing as one.

The album’s compositional cohesion is also a surprise considering Rose’s thematic material, which veers from odes to places (the lovely bijou opener ‘Trawangan’ and the Atlas Mountains drums’n’bass groove of ‘Afensou’) to a quote from a David Bowie song (‘Strange Doors’), to even a zombie-inspired piece (‘Zombie’) – the latter’s pentatonic folk melody really bringing Rosenwinkel to the fore as he plays in and around the simple bones of the tune, always shining, often startling.

There is also the sweetly Monk-ish melancholy of Rose’s tribute to the dear departed Charlie Haden in ‘Ballad for Charlie’. Album closer, a take on the Australian bush ballad ‘Flash Jack from Gundagai’ – with its hints of the children’s rhyme ‘Incy Wincy Spider’ – (‘Flashjack’) is set over a 6/8 Afro-latin groove, allowing the Germans, American and Australians to get some simmering heat going.

I asked Rose a half-dozen questions, leading up to the launch of Within & Without over June and July.

JH: Within & Without, which features Kurt Rosenwinkel, follows hot on the heels of The Vampires’ (which you co-lead with Nick Garbett) album with guitarist Lionel Loueke. What is it about guitarists?
JR: I love guitar, it has the ability to convey an incredibly rich range of textures and sounds, and has a history of amazing players. However, when I choose collaborators, it is often based on the individual: Lionel Loueke and Kurt Rosenwinkel are both unique voices on their instruments, and aesthetically, I felt they were a great match for the respective projects I was working with.

JH: The ensemble works superbly. How did you come to pick the players on the album?
JR: I have worked with pianist Jackson Harrison for many years now, on my Sand Lines album, and with Compass Quartet, on Oneirology. I had worked with Berlin based drummer Tobias Backhaus before, as I have been going back and forth to Berlin for the past few years also and had performed at Jazzahead with him in the Vampires. Bassist Andreas Lang was recommended by Tobias.

JH: What led you to playing an adaptation of the Australian bush ballad, ‘Flash Jack (from Gundagai)”?
JR: As part of my research for composing my Iron in the Blood (out on ABC Jazz), I found an excellent source of Australian folk songs, a few of which I arranged and adapted throughout the work. Flashjack was one that I liked but didn’t use for the project and thought it would work well on this album.

JH: Many of your pieces reflect or are inspired by your travels and adventures around the world. You are also one of our most prolific musicians, spreading your energies over many projects, with rarely a lapse in quality or direction. You appear quite restless, even driven. Is that a fair call?
JR: Yes I am driven, but grateful that I have had many opportunities and mentors to guide me along the way. I also very much love what I do, and so am incredibly lucky to be following my passion.

JH: What next for you?
JR: I am undertaking a residency at the OMI International Arts Centre in New York in August. Also planning some more touring with The Vampires in Europe.

JH: What are your thoughts on contemporary music in general – and Jazz in particular?
JR: Contemporary music is continuing to break down the barriers between styles and genres. Some of the most exciting music is happening on the borders of these known styles; collaborations between unexpected musicians, genres, and artforms.

Within & Without is available at https://www.earshift.com/jeremy-rose-within-without