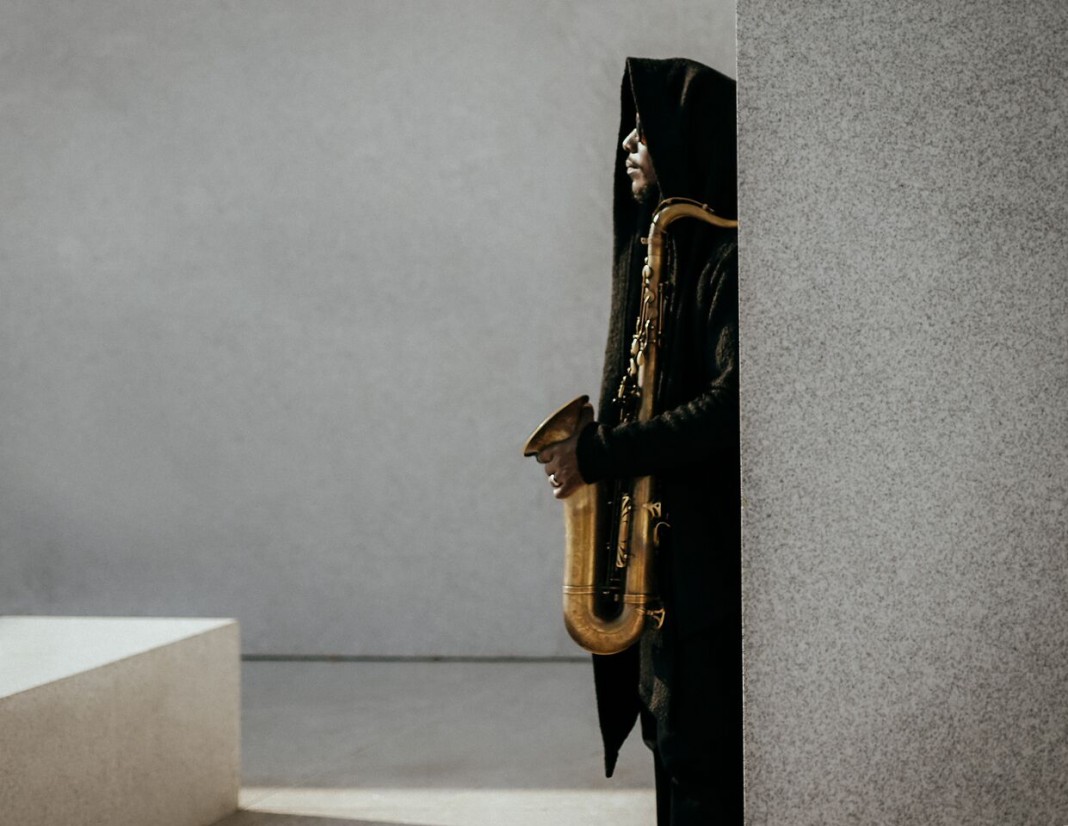 (A version of this review appeared in The Australian on Tues. June 14th)

Moving on to day five, of Australia’s biggest annual 10 day jazzfest Ethiopian musician Mulatu Astatke, dubbed ‘Father of Ethiopean Jazz’ appeared with a supporting Melbourne group, but disappointingly his performances on vibes, electric keys, congas, and side drums were mostly inaudible due to the heavy jazz-rock beat of the seven piece group ‘Black Jesus Experience’.

They played Astatke’s compositions including Sabye sung evocatively by Ethiopean female vocalist Enushu. Styles were often strongly-led clap-along numbers and the finale had the audience dancing in the aisles.

Style and quality abounded when US trumpeter Keyon Harrold with his quintet Twi-Life appeared at a standing-room only Bennett’s Lane, a minuscule venue. Harrold, who played the soundtrack trumpet parts in the new Miles Davis biopic Miles Ahead did not emulate Davis here, even on Davis’s tune Spanish Key. Twi-Life performed mostly originals, some by their saxophonist Marcus Strickland, on tenor and soprano, whose solos rivalled the high-speed chromatics and emotionally raw lyricism of Harrold’s trumpet.Another great trumpeter Tomasz Stanko from Poland, appeared twice: firstly with his European quartet playing originals. Unusually for a horn player he stood beside the drummer during a drum solo, playing spaced staccato notes that amalgamated perfectly with the drummer’s stick work.

Stanko’s second appearance was fronting the 17 piece Monash Art Ensemble playing music from his ’97 album Litania, film themes by Polish composer Krzysztof Komeda. It was orchestral music in a jazz context, featuring solos by Stanko and various MAE members. Stanko’s solos were mesmerising: at times the horn sped upwards to end on a very high note like an abrupt emotional shriek; then when the runs descended the final low note was a quick guttural stab.

Sydney pianist/composer Stu Hunter’s The Migration, a 74 minute musical odyssey was presented by the composer leading a nonet of outstanding Australian musicians plus vocals from Tina Harrod. The composition swelled with momentum building continuously to a propulsive climax.

US vocalist José James performed The Music of Billie Holiday with refreshingly original interpretations. There were Holiday favourites: Lover Man; God Bless The Child, an especially moving arrangement of Strange Fruit,and many more. He concluded with a stunning encore, a vocalese version of Coltrane’s Equinox.

Topping the list of overseas headliners was the Wayne Shorter Quartet playing the closing concert on Sunday. Saxophonist Shorter aged 83, played for no more than twenty minutes during the ninety minute concert. The accompanying trio was worth hearing with the hyperactive pairing of bassist John Patitucci and drummer Brian Blade, led by pianist Danilo Perez, but it was disconcerting to see Shorter sitting silently throughout most of the concert. When he played it was usually on soprano sax. Oddly the most sustained and interesting number he delivered was the encore.