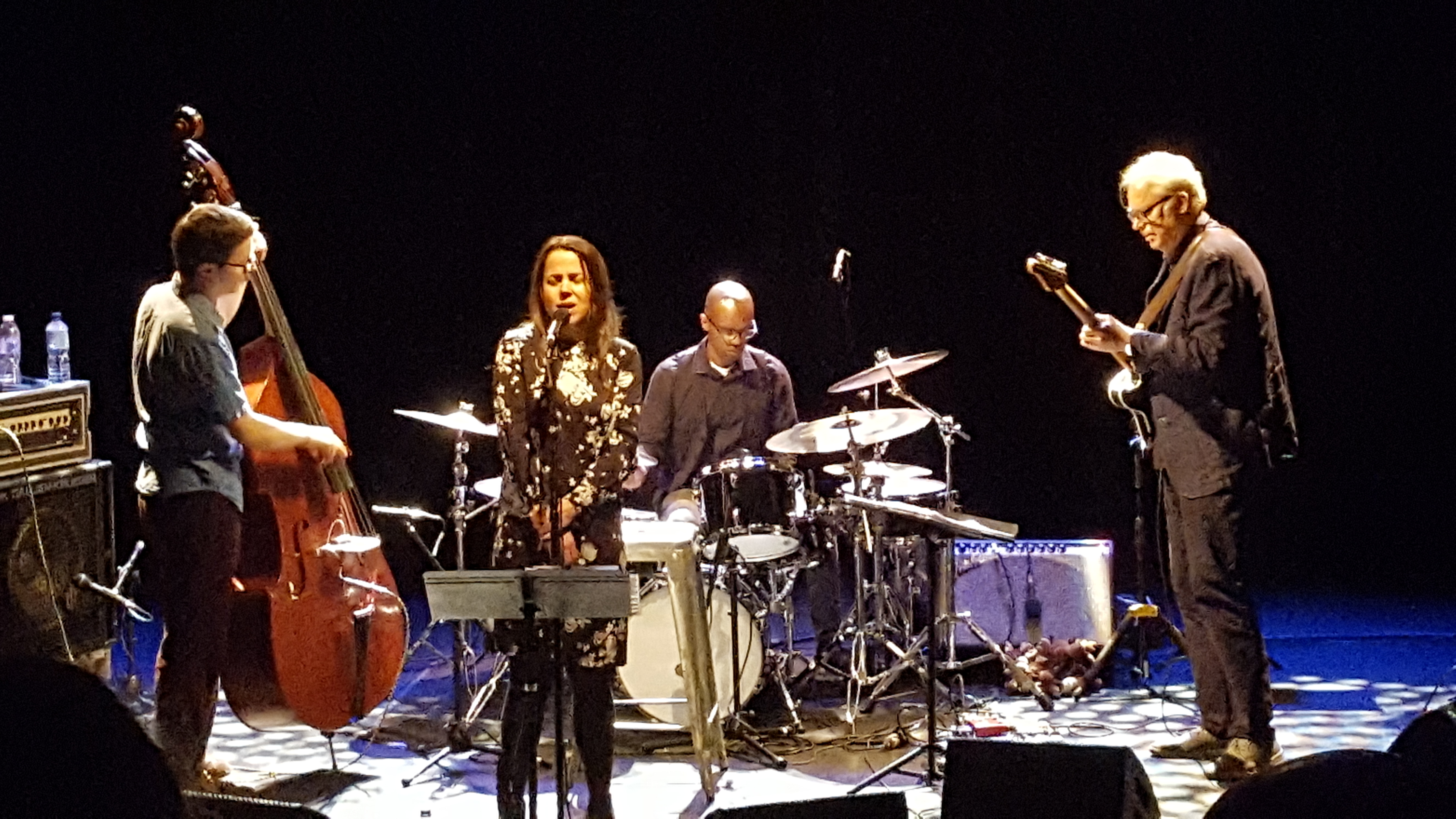 So unlike most other capital cities in Australia, Sydney doesn’t really have an international jazz festival, except this year the Con threw down the gauntlet with its one day Sydney Con International Jazz Festival. Though having said this, Sydney does benefit from the other major festivals around the country with May/June being a time when jazz heavy hitters make their way to Australia. Its quite feasible to create your own Festival Program with the abundance of choice in town.

So a little round up of how a jazz diary might have looked. Donny McCaslin kicked off the week at the Basement. His band at times provided a wall of sound as they powered into a cosmic journey, punctuated at intervals with piano and synth overlay, intense grooves and grumbling electronic tunes. In the main the songs were epic, voyage like pieces, with the band wholly engaged with their charismatic leader. A very cool experience. Donny McCaslin (saxophone) Jason Lindner (piano, keyboards) Jonathan Maron (bass) Zach Danziger (drums)

Next up was Kenny Barron with his piano trio, again at the Basement. In direct contrast, an example of classic understated jazz elegance.  A jazz legend, demonstrating his finely honed craft to a densely packed house at the Basement, Barron demonstrated class, with an undercurrent of Latin groove. Kenny Barron (piano), Kiyoshi Kitagawa (bass), Johnathan Blake (drums)

Kavita Shah strutted her stuff at Foundry616 on the Friday night. This NYC based singer is known for her melding of language, beats and musical styles, which for her own compositions seamlessly integrated. Her Sydney lineup was Steve Newcomb (piano), Max Alduca (bass) and Oli Nelson (drums)

Saturday night, was the highlight of my week with Bill Frissell. Sparse electronic sound and trademark licks,with the amazing vocals of Petra Haden and of course the crack band of Rudy Royston (drums) and Thomas Morgan (bass). The music from the album “When You Wish Upon A Star” is an interpretation of film scores.

Haden’s voice was the perfect foil for this choice of songs, being tender, committed, humorous, powerful and still with the most wonderful integrity in her delivery. At times there were country and western twangs, paired up with what could be described as a Twin Peaks like vibe, then full bodied power ballads like Goldfinger blasted the stage. There was humour fun and a beautiful homage to familiar tunes in this magical set.

To round this off, the Con launched a one day festival. A wonderful mixture of international, locals and nationals. The international lineup included Jo Lawry, Greg Osby, Jim Black, Will Vinson and Tigran Hamasyan.

Some of the joy of the day was the wonderful blending of musicians. This included the inaugural convening of the Australian National Jazz Orchestra playing the music of Melbourne composer Nick Mulder. The lineup included guest artists Mat Jodrell, Roger Manins, James Muller, Hugh Barrett, Sam Anning, Ben Vanderwal and luminaries such as Dave Panichi and James Greening and Julien Wilson. We look forward to hearing more from this band.

The Con leant itself well to a festival format. Whilst some of the rooms were a little lacking in atmosphere, it was a vibe similar to Wangaratta, in that so much good music was so easily accessible. The highlight of many musical moments was the Armenian pianist Tigran Hamasyan. His piano solo captivated the full house in the Verbrugghen. It was music that defied genres, being full bodied, wonderfully articulated and resonant in cultural richness.

A week of music that would lend itself beautifully to a festival. Perhaps it may eventuate in the future.

Many of these musicians have or are performing in the following Festivals.